This is why Jobs in PSU Banks are losing their charm…

Banking has been since its inception a white collar high profile job where the officers were looked upon with admiration and much awe. But with time a lot has changed in this arena. What started off with a bang has gradually become tad dull and for most of the young and vivacious youth who after cracking up the tough entrance exams, enter the showground of banking feeling “This is not what they had thought they’d be doing.” But what is it exactly that is leading to this thought process? Why is PSU bank losing its charm gradually? We have jotted down a few points here. Have a look.

1. Pay scale difference: This has to be the first and foremost reason no doubt. Compared to the risk profile of the job and the urgency of the work of the customers and the private banks’ offering to their employees, the wage of that of a PSU bank employee is meager. When compared to the wages of officers in a central or state government the wage of an officer in a public sector bank is piteous. With rising cut throat competition and equally challenging job environs, a bump up in the salary will prove to be a magnetic boon in disguise.

2. Rising NPAs: A sign of negative growth. With the rising NPAs public sector bank boasts anything but positivity. With umpteen forced government products, increased fraudulent activities and clean and easy loans, the non performing assets are on the rise even after rigorously implementing policies meant to curtail NPA. The RBI’s new directive to nail those who willfully default might just be the catalyst needed for the public sector banks. 3. Demotivated staff: As said above, salary is just one of the reasons for PSU banks not flourishing. A team of demotivated staff leading the bank will ultimately prove detrimental to the growth of the banking sector. The staff might be demotivated for ample reasons. The simplest being perhaps the work-life imbalance. Demotivation can arise from ‘all work and no play’ stance or lesser number of holidays sanctioned to staff or minimal perks or zilch or delayed appreciations, late sitting, calling on duty on holidays, or unsupportive higher management. While ICICI and other such private banks are offering work from home facility to lady staff, PSU banks still have a lot to think in this field to retain the gems. 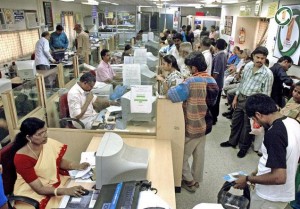 4. Sticking to Redundant Policies: One of the curses sticking with this Harry Potter of an industry is its redundant policies. It would be truly magical if some ‘done to death’ policies are buried in the graveyard and an epitaph written over their tomb. One such policy being bank’s transfer policies. A lot many competent staffs prefer not to take promotion and stick to their routine just for the reason they are afraid of transfers. Transfer post promotion becomes like a punishment rather than a reward to the one who chose banking over their family, as he has to forsake his family and go to a region, a zone which is totally alien to him. Who knows, doing away with a little this and a little that might bring back the lost charm. 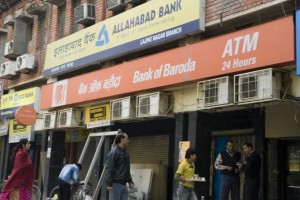 5. Less support from the present Government: After demonetization which was heck of a work for the bank employees the little that the government could have done was take care of those who helped Mr. Prime Minister successfully achieve his one of the most ambitious and riskiest decisions. But unfortunately what the government did was announce policy of reducing staff benefits if they want the necessary funding. This instead of alleviating the pain just augmented it more resulting in even more unsatisfied work force. However it is also not very grim and dark. Banking industry is undergoing a transition phase; a phase of change in the system. Change which is usually dreaded, which is also equally unwelcomed due to the stubbornness of or rather the “laid back” attitude of those who have to revolutionize and change along with it. Till the process is over and with a few inner modifications especially where the relationship with the customer or within the staff itself is concerned, is not paid heed to, the attrition of the youth from this sector is unavoidable and incessant.
If you have anything to say, we would love to hear your views on this article. Please comment below and your views will be shared with all.