If it were not for the lyricists from our film fraternity who define the world as ‘Ek Dulhan’ (a bride) and India “Dulhan ke maathe ki bindiya”(a bride’s vermilion), we hardly make any efforts to be identified as “Maathe ki bindiya”. The filth and grime that we accumulate and spread in our country with the “who cares” attitude, demeans our Prime minister’s noble efforts towards Swachha Bharat Abhiyan. Merely inviting nine different people to contribute and sweep across the country in front of the media is a very frail attempt by our Prime Minister Narendra Modi to a cleaner India. 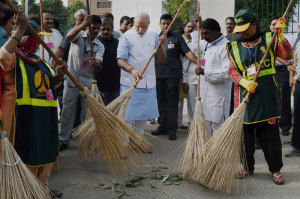 A host of names of people is already up in news who first throw bogus garbage, to later mop the street clean, which was already spotless perhaps an hour ago. That ‘Swachha Bharat Abhiyan’ shall die its natural death is quite imminent. But is there anything that could be done to protect it? Is it as easy as it sounds?

It is a harsh statement to make yet the fact remains that Swachha Bharat Abhiyan will not see a firm foothold in India. Just the day next to Diwali with all the scraps of the crackers and grime blocking the streets, the Abhiyan got its first big blow. 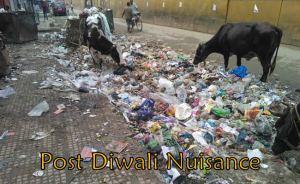 The failed ‘Clean Ganga Mission’ worsens the scar. The Plan to clean Ganga was started way back in 2009 with the Congress government’s mission initiation which however died a stifling death. The Ganga rejuvenation plan was sketched by Prime Minister Narendra Modi in May 2014 which later followed the Union Water Resource minister Uma Bharti’s launch of a new website for Ganga rejuvenation in September 2014 after being scolded by the Supreme court. The Supreme court in its statement mentioned that it will now monitor the progress of the clean Ganga Mission and wants a ‘stage wise plan’ for ‘restoring’ Ganga to its ‘pristine glory’. 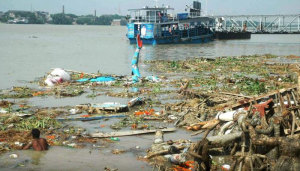 But where and what are the lacunae in the Government’s vision to the better and cleaner India? Where lies the government’s blind spot? Perhaps a few reasons for the possible decline of the mission in near future and for its plausible letdown could be as enumerated below.

1. The Soft Approach: The mentality of each and every citizen has to change for the change that our PM Modi dreams and wishes for. Thoughts such as “Oh, everyone is throwing the garbage. What good can I do alone?” have to be boycotted. What we need is a healthy frame of mind. Taking the broom in front of the media and social camera is not the only step to clean India. The mind frame has to be cleaned first to pull off this mission to a cleaner and a greener nation. One minute public stint and false fame in front of camera is not why our Prime Minister is asking everyone to join hands in this mission. 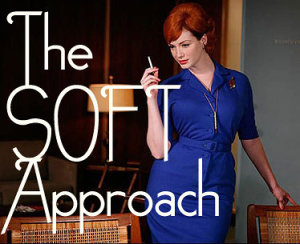 2. Penalizing is not bad: If moral education alone would have sufficed there would never have been the need for policing and crime laws and criminal courts. Every teacher teaches his student and every parent inculcates his child about what is good and what is bad. Yet crimes are a reality. Policing the crime is real. Both good and bad exists within us. Sometimes the ‘bad’ needs to be punished and penalized. There is nothing wrong with it.

Your teacher punished you for disobedience you showed during your school days. That scolding did not do any bad to you. It was for your good. Then why our PM took to moral grounds while taking such a big step for a cleaner India? Why he did not take the tough decision? What is wrong in imposing heavy fines, and penalizing anyone who spreads this litter and makes our nation an international subject of shame? 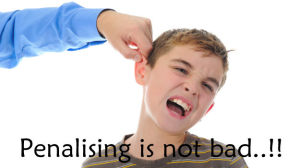 3. The Lacunae: In a bid to have a different take on the same old issue; Prime Minister Narendra Modi has forgotten some basic facts and the mission is taking a wrong turn. Why should Indians be known as the ones who pee by the roadside? The lack of public urinals and the lack of setting up of ample dustbins in every possible nook and corner is a major cause of the setback and the reason why the whole Swachha Bharat Abhiyan turns out to be a handicapped mission.

Where there are a few dustbins, they are choked to the top without being timely emptied by the municipality. The public urinals have the least hygiene quotient. It gets difficult to breathe for even a few minutes spent inside the filthy atmosphere of the public toilets. Why no regular cleanup is being monitored? The lack of stricter check on these issues is the missing link. 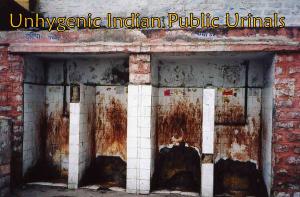 It is important to understand that penalizing will give strength to such movements and that it is monetary loss as well as the criminalizing the act of dirtying the nation that could prove to be a deterrent to the people of India. If acid attack on a girl is a crime, then why this India which is “dulhan ke maathe ki bindiya” be marred with dirt and people left without reprimand.