Now surge pricing in Railways…10% price hike per 10% of seats booked. That’s like you will never be able to guess if you are not being overcharged for a particular journey, nor if you cancel your tickets will you be able to argue if you got your refund less or more (which can hardly be a case).

On a pilot basis, this has been limited to Shatabdi, Duronto and Rajdhani Express only. But who knows this flexy pricing will not jump to other trains too, in the time to come.

Is that the idea of our PM of bringing in transparency in governance? How on earth does surge pricing going to control the already high cost of necessary travel?

Well there is a way.

But then it’s gonna be a tough one to choose which our beloved politicians would never do so.

Why not take the burden of expenses on your shoulder instead?

Declare that no ministers henceforth will be allowed to travel in a train free of cost or at any subsidized rate, instead the ministers are liable to pay 10% surge pricing, i.e. for every 10% of tickets booked, a minister shall have to pay 10% higher cost, that too shall not be from the state’s funds but their own expenses.

But this idea shall never see the light of the day as NO minister who-so-ever he is, from the high profiled Congressmen to the Mango men Aaptards, would like this to happen.

A little furor if any that can occur would be due to political dramatics, if any to gain limelight and to play with the feelings of the oppressed…oops I meant the True Aam Aadmis. 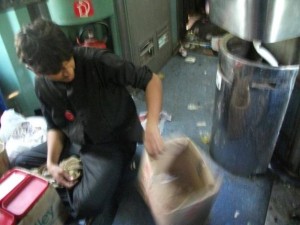 Or if we are to buckle under the strain of this surge pricing too, then can our ministers who have well thought of and well planned this superb scheme tell us what surge have they given to the services in such trains? What about the surge in quality of food being served? Have you ever Dear Mr. Minister ever eaten from the same plate which we are served? Have you ever been lucky enough to relish those chewy chapatis and the Dals that have hosted a family of insects in them time and again?

Alas, I won’t find an answer here, nor am I looking for one.

Dear Mr. Prime Minister and Dear Suresh Prabhu Sir, with all due respect, I am a huge fan of yours and my entire family is, but this uncalled for and unrealistically thought up plan is like that uncooked meal which has been laid on a table on a wedding dinner night, which is sure to spoil the entire evening and the only thing that will be remembered as a scar and bug you for long.

We request our readers to please comment if they really think this Surge Pricing should be rolled back. Keep reading thatslyf. Happy surfing, as long as that’s free..!!