‘Do you know she drinks?’ First things first, why is it so hard for the masses to see a woman drinking. She just drinks, like the male folk; she isn’t committing any kind of a sin. Does being with a glass, turns a woman bad and uncultured? Why is it there so much fuss associated with women and drinks? Is she not allowed to take her drink of democracy? Why she has to face those eyes, the moment she gets up with a glass? This post may sound like a women liberalization post, but to set the records straight, I thought of penning down all those things that people associate with a woman who likes to enjoy a glass of drink with friends or family. 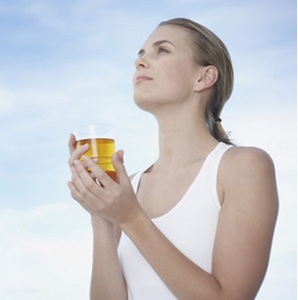  She drinks, so she has no morals
If this is the notion, that if you drink you suddenly turn immoral, then all those males who are drinking for ages must be under the moral police scanner. This thinking is just so strange, a drink can convert a moral person into an immoral one. Some magic wand there?

 She can handle one or two drinks only
Well, how can anyone predict how many drinks a woman can manage? The quantum certainly varies from woman to woman. There are darlings who can even beat their male counterparts when it comes to drinking. So, for future if you are about to predict how many drinks she can handle, simply challenge here and then watch their capacity. 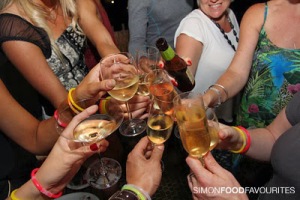  She drinks, she is lonely, she can be an easy catch
I don’t understand this rule that you have to drink just when you are lonely and sad. Many think that women head to a bar only when she has some pain in her heart or life; some breakup blues. Guys, think, it can be a case that she just wants to have a good time with her pals, so they got a drink to hang out with. No pain, only gain!

 She can never handle drinks
Let me give a reality check to all those males who believe that handling drink is out of bounds when you are a girl. The fact is that the women usually handle their drinks better than the manner in which the males handle their drinks. We all have seen the pictures of the New Year parties, where both girls and boys are seen over drunk and out of control; so why the allegation is held only against women. Plus, according to statistics, the woman is seen as more rational with drinks in comparison to man. Even if one pukes after drinking, it is totally dependent upon the body, gender has no role to play. Hope you get it? 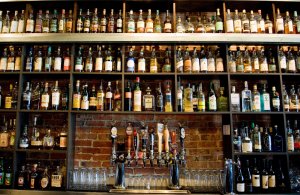  The drink menu of a woman is just wine or vodka
Agreed, that fairer sex is considered more elite and lavish in outlook. But, it certainly do not mean that drinks like vodka and wine can be made patent drinks for a woman. Trust me, a woman can enjoy and handle both beer and scotch as gracefully as her male counterpart. She has the freedom to decide what she wants to have in her glass. So next time you watch a woman drinking from a beer mug, don’t just faint!!

 Women drinks just to show off!
Well, women have loads of thing to show off. Why would she show off that she drinks? Do you guys show off what you eat or drink? So, why are women accused of showing off their drinks. Guys, women are awesome the way they are! If they drink, it is for fun and if they don’t drink it is also for fun. No show off rule applies here!!

On the closing thoughts, a woman commands respect irrespective of the fact that she drinks or not. She also needs space to do what she loves to do. If a guy can drink and still remain aloof of any charge, accusing a woman for her little fun time is not correct. Please let her enjoy!!

Now it’s an open forum, share your thoughts in the comments.